DOT proudly works together with Orbea’s teams of design, innovation and engineering to co-create some of the most astonishing bikes in the world. One of our latest goals with Orbea was to design the Orbea Avant Endurance.

The Avant Endurande geometry, unlike a racing geometry that focuses on aerodynamics, generates a bicycle that is easier to handle and allows greater resistance. This also moves to the formal design, where the edges are smoother, and the curves more fluid, giving the bicycle a friendlier image.

The shapes of the tubes and the design of the frame are fundamental to build a comfortable frame that helps reduce muscle fatigue.

Unlike competition geometry, it focuses on manageability and increased strength
The design of the tubes and the tie rods provides soft driving

After two years of developing our endurance competition bicycle, the best-selling and most influential road cycling magazine in the United Kingdom has put the Avant to the test once again. The result is that Cycling Plus has given the Avant its “Highly commended” seal, with a score of 4.5 out of 5.

“On the road it feels wonderfully at ease, the ride is smooth, the steering light and accurate. It’s not race-bike Sharp, but it is a decent climber,fast and beautifully balanced,” indicates Cycling Plus, recommending it especially for “for sportives, challenging days”: “If you want to get in those big, long miles in comfort, Orbea’s lightweight endurance bike should be written in big letters somewhere near the top of your bikes-to-consider list,” they conclude.

Cycling Plus reminds us all that times have changed since the only distinction was between competition bikes and bikes for “amateurs”: the explosion of the sports cycling culture, with increasingly higher level events, has opened the door to endurance bikes like the Avant. Road bicycles are now more comfortable for long days of pedaling, and they do not ruin cyclists’ backs with the extreme positions of racing bikes, with a longer distance between the axles.

In terms of the evolution of the Avant, Cycling Plus highlights the polyurethane inserts that we have introduced in the frame construction process, “whichitclaimsalleviate stress and reduce vibration, resulting in a marginallystronger and lighterstructure”

The British magazine didn’t skip over the less obvious, but important details in the Avant’s design, either, such as the fork.“Ratherthanlengtheningthe head-tube to raisethefrontendfor a semi-uprightdistancefriendlyriding position, Orbea has lengthenedtheforkby 10mm. This has the added advantage of increasing tyre clearance,” they indicate.

From the Avant’s components kit, like in the first test, Cycling Plus emphasizes its Shimano disc brakes, which provide “.smooth and progressive stopping power whatever the weather, with little drama or noise” 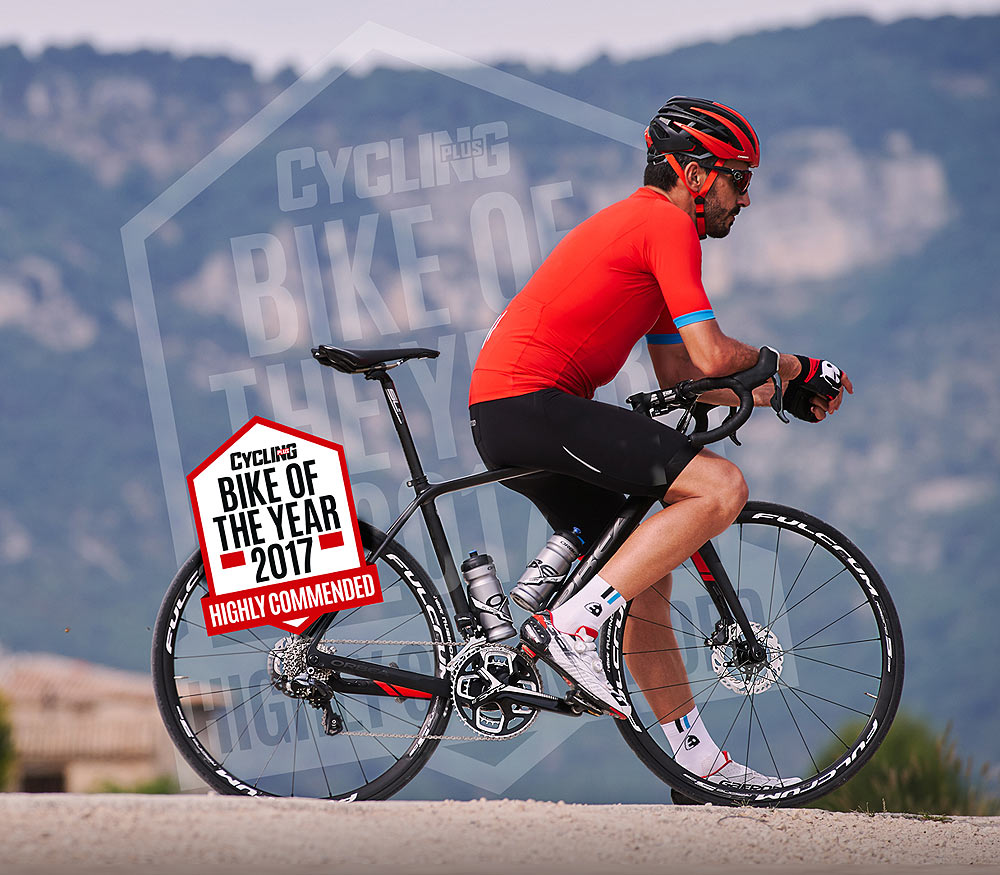 © 2023 DOT. Made with love by corageous people who want to make a better world: Bilbao, Donostia, Madrid, Nairobi.