Innovation laboratory dedicated to the digital transformation of gastronomy.

Promoted by the Basque Culinary Center and Diputación de Gipuzkoa, which also has the participation of the City hall of Donostia-San Sebastián and the Basque Government. It is located in the Tabakalera building at the heart of Donostia.

DOT has participated together with Foraster Arquitectos, Montegui Constructions and Boslan Engineering in the conceptualization and design of the space.

LABe – Digital Gastronomy Lab will be a space for co-creation, exploration, experimentation and validation of new concepts, products, services and experiences, with technological and digital components, in the gastronomy and food sector. Its objective will be to contribute to the active design of the future of the gastronomic value chain, with the digital transition of the sector as its main axis. LABe will be an exponent of inter-institutional coordination and collaboration, from its design and co-creation to its start-up and consolidation and expansion process.

From DOT we have participated in the strategic definition and conceptualization of the experience of the multiple users in the space.

LABe will be an exponent of inter-institutional coordination and collaboration, from its design and co-creation to its start-up and consolidation and expansion process. At the same time, it will promote entrepreneurial culture and values ​​at different levels of society and stages of life, ensuring a positive predisposition to innovation and future entrepreneurship. LABe will offer opportunities and access to training, trends, market and allies. All this aligned with the strategic objectives of the Basque Government’s PIE 2020 and under the framework of the sectors with the greatest potential of the RIS3, taking into account the specific needs of the gastro-alimentary entrepreneur collective.

LABe intelligently takes advantage of the opportunities offered by the digital economy and the digitalization of innovation and entrepreneurship and is committed to digital skills as a key element of future employment. LABe’s main strategic lines:

It will be a space where multidisciplinary professionals will reflect on the challenges that lie ahead in the future of gastronomy to create relevant solutions today.

LABe will be a space that will serve as a catalyst towards the digital transformation of gastronomy.

Sustainability as an indisputable strategy that adds value to general environmental plans and also serves as a benchmark in the future of the sector.

A place for experimentation and creation of new innovative solutions that generate differential value in the business models. 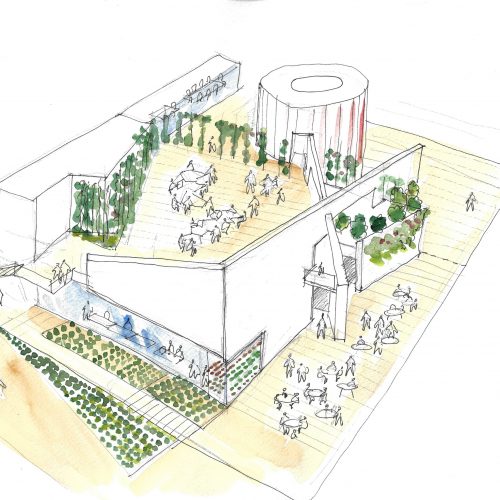 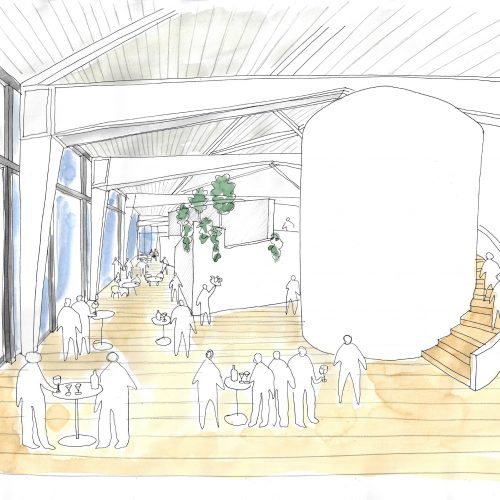 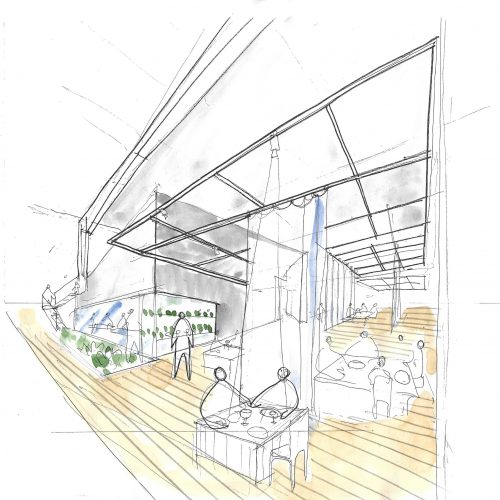 The volume where the project is housed is resounding and imposing, with great heights and windows and is located in a privileged place within the Tabakalera building.

Between the past, the present and the future there are two types of time. Cyclical and linear time. The cyclic, like the seasons, the phases of the moon or the cycle of life itself, death and rebirth is what has given meaning to the human since primitive time and has helped him achieve a spiritual tranquility by being in tune with the nature within the cosmic order. With the advance of materialism and technology, we went to an idea of ​​linear time, in which you do not know what awaits you.

Time is a linear progression between an increasingly distant past and an increasingly uncertain future. The human, in this situation and after looking for gods and myths that do not work, returns to the search for the eternal values ​​of nature.

The great Basque artists and in particular sculptors such as Oteiza, Chillida and Basterretxea looked for these paths through their works. For Oteiza, Malevich integrated space and time. Its irregular trapezoidal motifs, figures with four sides never parallel, were unstable figures that suggested both a permanence and a change. Oteiza called these figures “Malevich Unit” and used them in both flat and curved elements when creating their sculptures. At the time of designing the project, we wanted to combine these ideas by creating a large cylinder, as a stable element representing cyclical time and a series of plans with the “Oteizian” idea of ​​the “Malevich units” representing in linear time, the future. The rotundity of Tabakalera’s space has not been eclipsed by these elements since they are shapes and volumes that at no time break the geometry of the building. 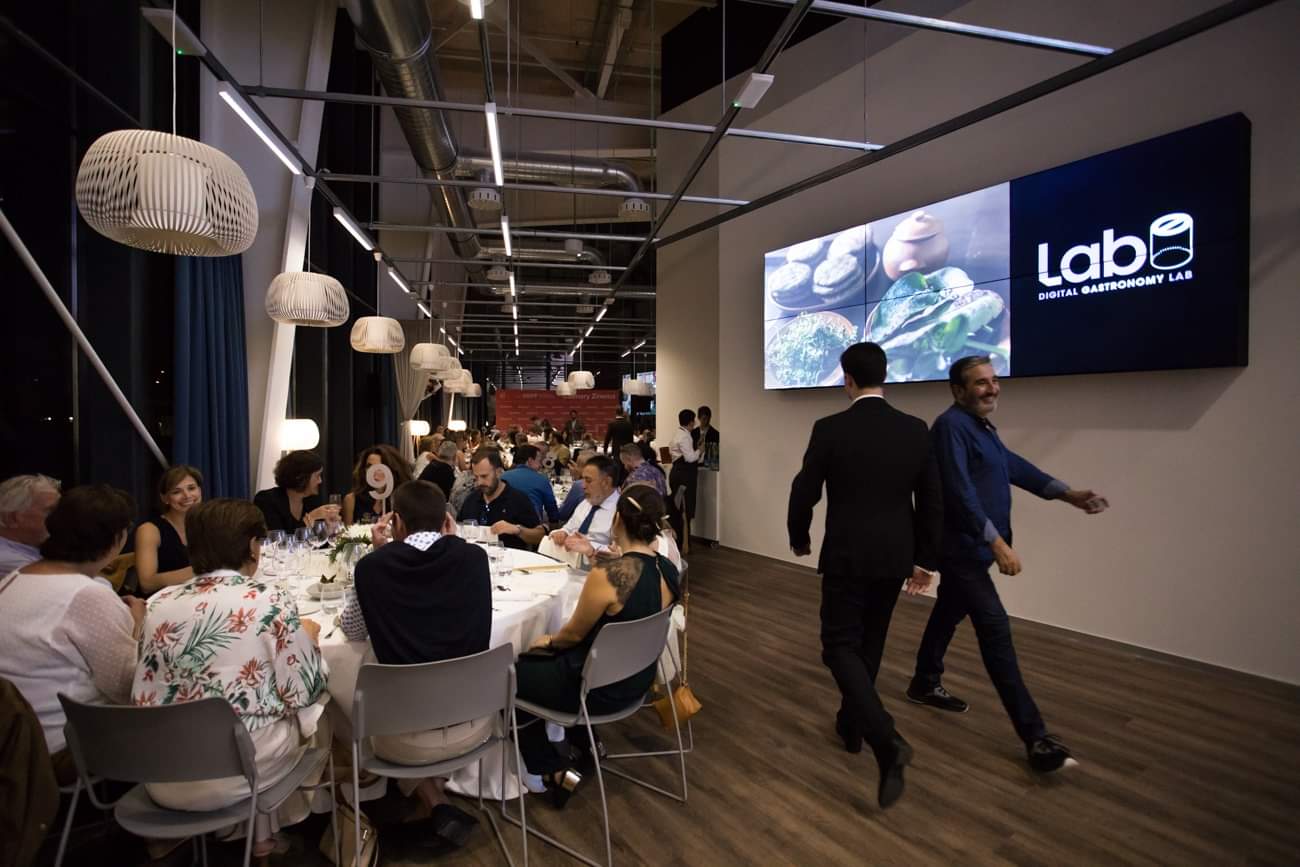 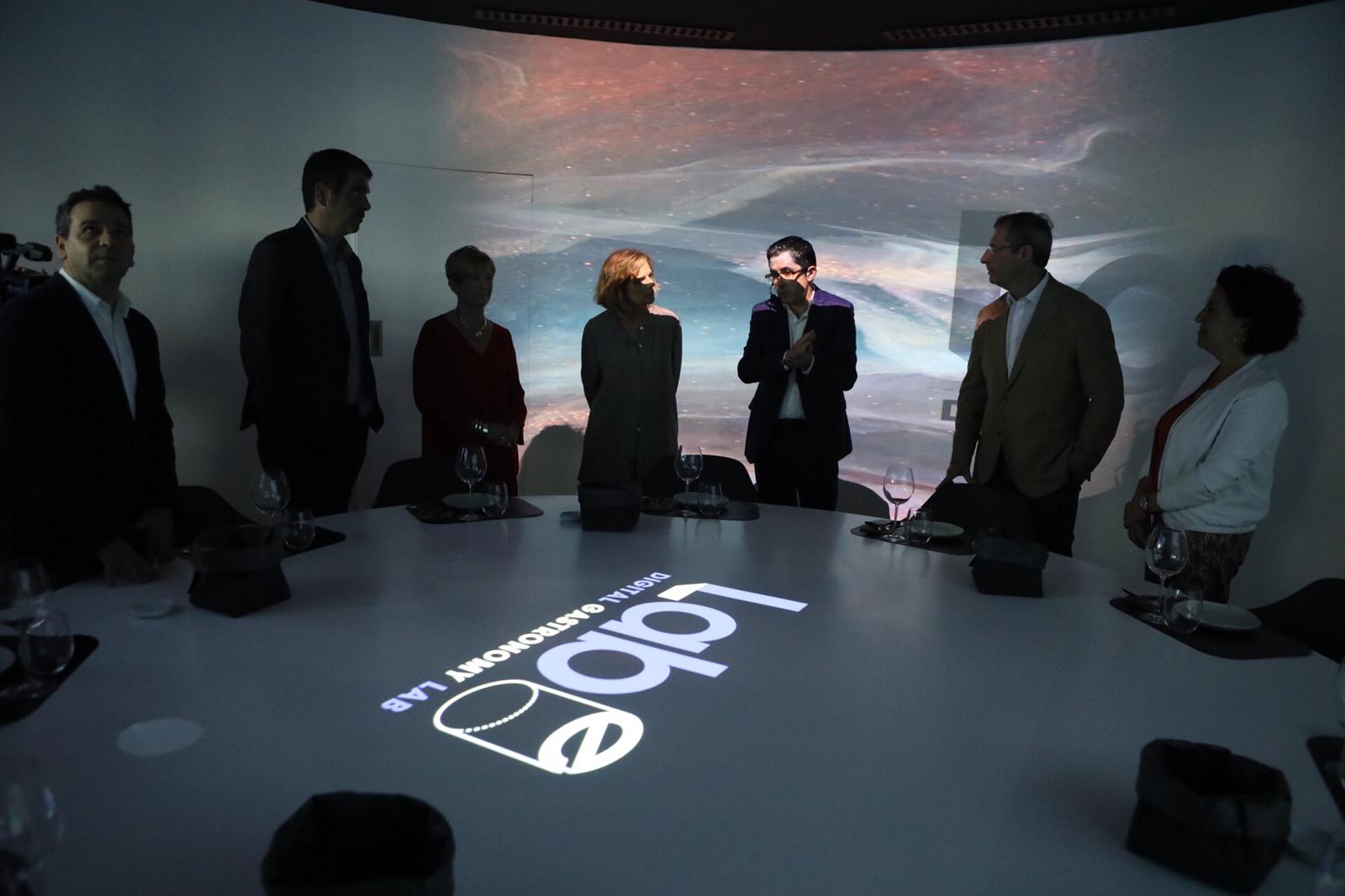 The base of the cylinder in the middle of the plant facilitates the flow of experience of each user that will also allow to design modes of use and services adapted to each user and each space, optimizing to the maximum the exploitation and management of them, even making them live together experiences in the same time.

© 2022 DOT. Made with love by corageous people who want to make a better world: Bilbao, Donostia, Madrid, Nairobi.